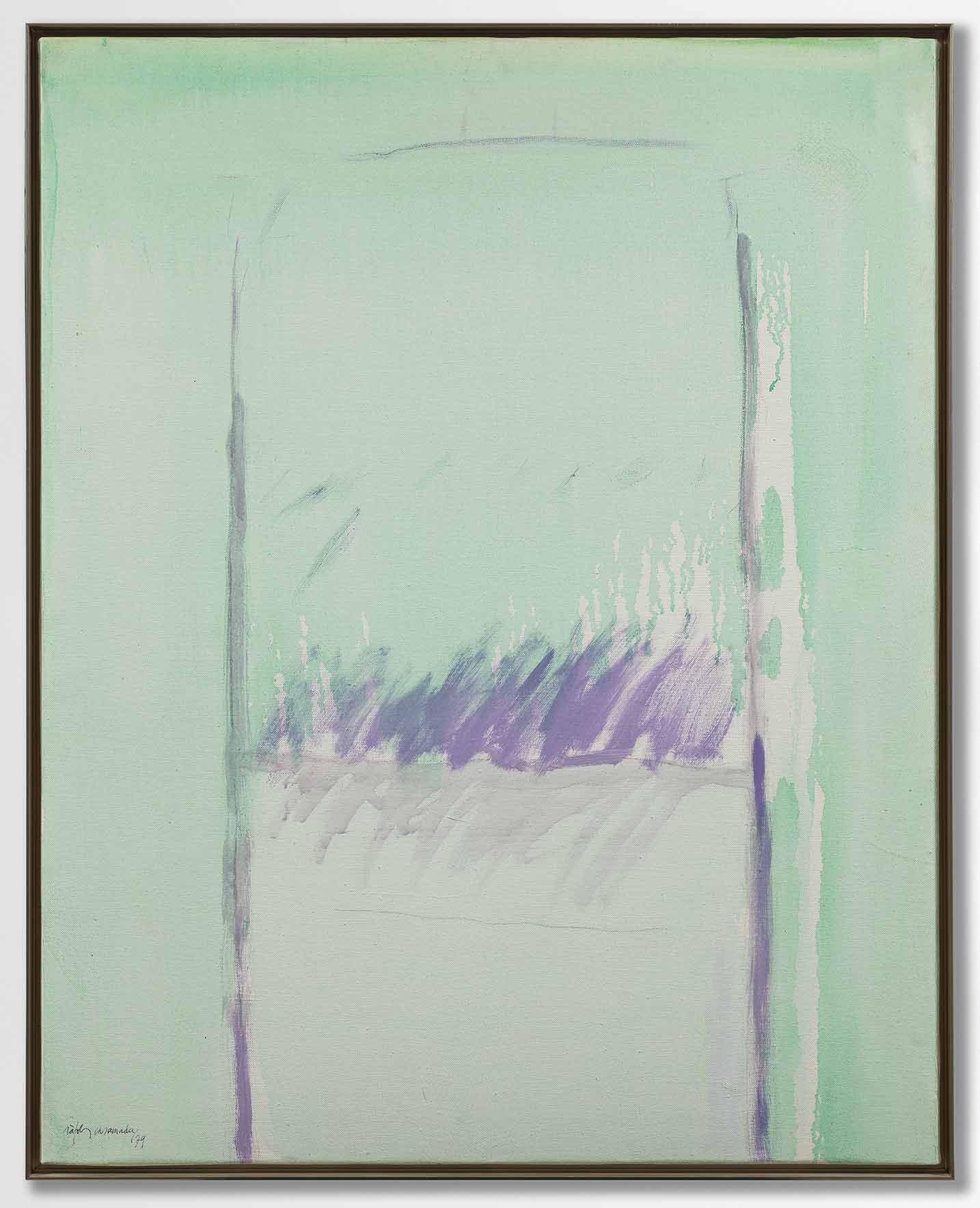 My painting entitled Lavender is an attempt to visually express an olfactive sensation. Being a visual art, painting normally feeds itself on visual sensations and, sometimes on tactile ones that try to express by means of texture what the same pictorial material can produce. For this reason, to express an olfactive sensation was a problem of a certain complexity in its planning, since, in some way, one had to transpose to visual language a series of sensations, that do not affect vision. I chose the perfume of lavender because I though it would be a bit more visualable. For the main characteristics of lavender, I selected its sensation of freshness, of pure country air, and the visual memory of the warm tonality of the flower of lavender, which in the south of France entends over enormous expanses of lands, creating with it a very particular note of color within the landscape. In order to express these sensations I used very diluted oil to dye the canvas, to impregnate it with color instead of covering it with layers of color, in the same way that perfume impregnates the air. The color I chose -green- relates to the sensation of freshness, the countryside and nature just as with the greenish yellow color of lavender water. In order to give the sensation of freshness and space, it suited me not to load the surface with excessive forms, rather to live free space that attempts to suggest something so inapprehensive as an aroma. By the way of contrast, in the central part and with a somewhat thicker texture, there appear spots of violet, an allusion to the flower of lavender. These spots constitute the rhythm of lavender leaves and flowers in movement from the wind and are -like the rest of painting- flooded with green, thus forming, all together, a total unity in the same that we find different suggestions in one single unity in the perfume. Albert Ràfols-Casamada