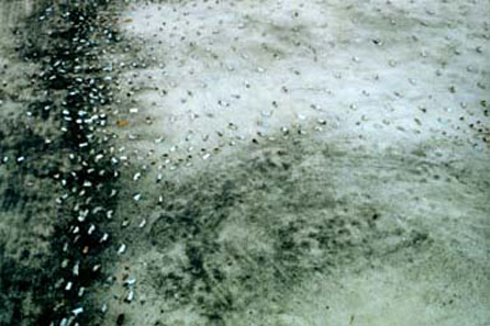 The navel of the world stinks
Smoking is a practice that connects us with the instinct of feeding ourselves. The only action that the newborn baby performs instinctively is sucking. It smells the mother’s breast, which, induced by the nearby presence of the baby, produces milk, which sometimes pours out and wasted before the infant manages to take the nipple. Smoking is, for those who have hade the vice for some time, a compulsive, mechanical action, like any other manifestation of instinct. It is, at the same time, an action that entails passivity, contradictory though this may seem. Smoking is a symbolic act. The newborn baby is nourished not only by the milk, but also by affectivity, through physical contact with the mother. The lungs envelop the heart, and the smoke inhaled and held there a few moments warms it. Smoking also nourishes us affectively. Primarily, instinctively. In the long run, however, it creates in us a need more powerful than this affect of fleeting warmth that the smoke has had. Anyone who smokes is surrounded by a ragged cloud, volatile ash. Anyone who lights one cigarette after another is consuming time. Acting compulsively in wanting to stop time. And all that remains of the action is the ash, the stub and an aroma.
Eulàlia Valldosera 2000