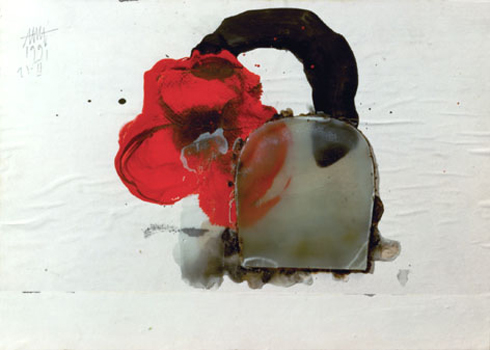 A flower with no name, bloody and secret, erupts in the center of the empty page. Just like the arm of a Gypsy dancer the stalk unites the cracking of chestnuts in celebration birth -oh flower!- and the belly of a liquid body. They are free to say: “Love is a shadow in transparency”. And he: “Visibility is the intersection between the fullness of matter and the emptiness of being. Essence of velvet, the love that rises and returns to the singular gaze. They are three to make love in still-life.
Vicenç Altaió 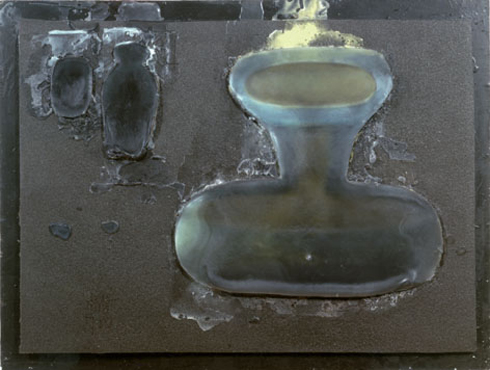 Perfume lives throughout the time: it has youth, maturity and old age. Besides, it can only be qualified as successful when it has been giving off its pleasant fragrance with the same intensity during those three different periods of time. As all the important intellectual achievements which do not cast only light but also shadows and cause annoyances and disasters to the human beings besides benefits, Frangipani’s magnificent discovery also had harmful consequences because when man learnt how to condense the essence of flowers, plants, woods and resins in dyes and to keep them in flasks, the art of perfumery started to escape from the hands of the small craftsmen… (Text from Patrick Suskind’s book “The Perfume”)