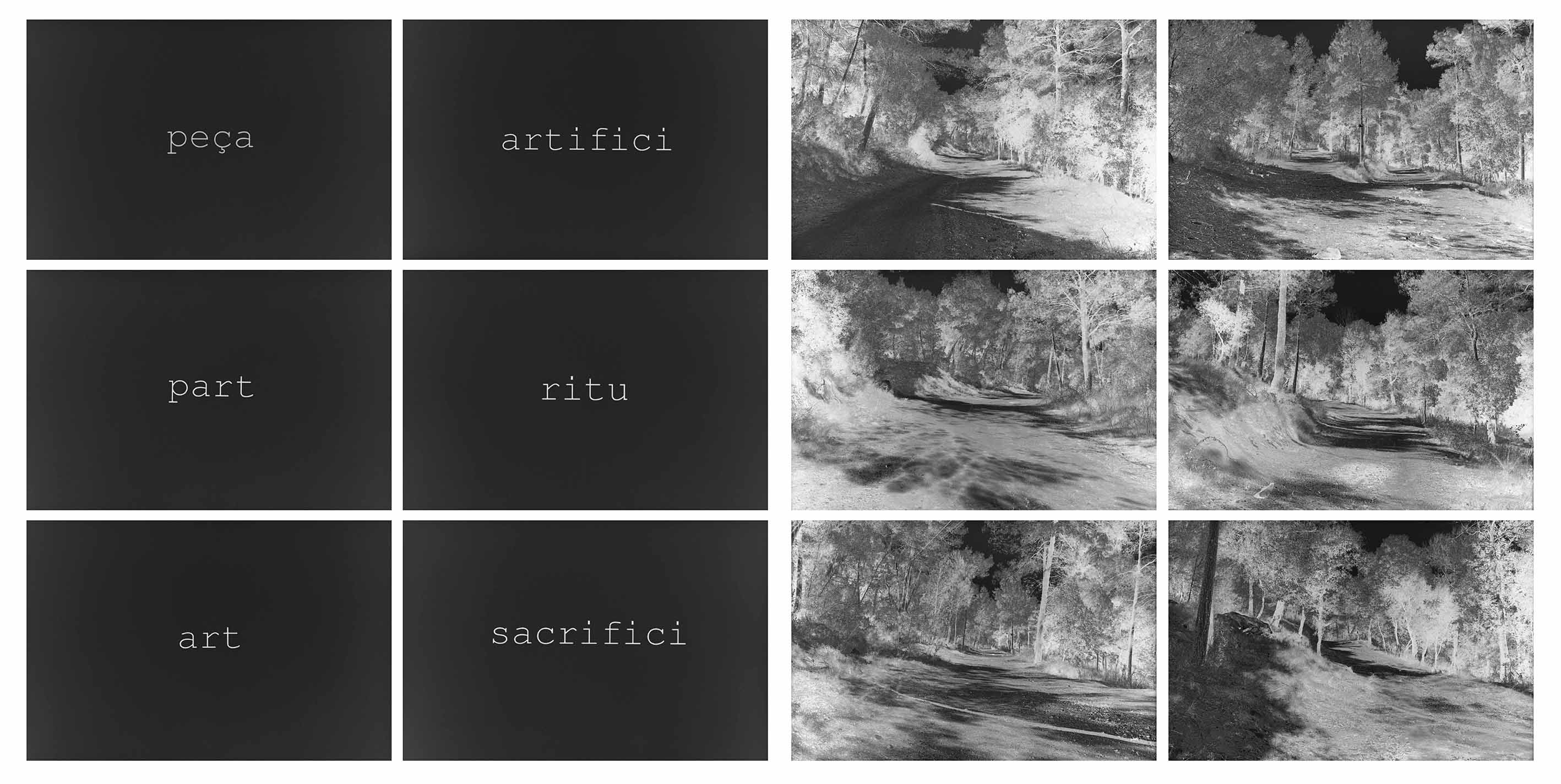 A walk along a path in the forest.

A path that leads nowhere but to itself: it is circular. A walk that starts at any point on the path and ends and is left at any other point.

Because the path is always the same: it is a well-known fact that a circle has neither head nor tail.

A walk with my camera along a path in the forest.

The successive framings with the camera bring together in the film a succession of memory moments that I wanted to repeat.

Every moment of memory evaporates, as smells do.

Only the memory is left. Memory of memory.

But it is not possible to step into the same memory twice.

In Bipolar what is shown above all are these moments of vacancy or breakdown of memory.

The double projection of the negatives of the images of the forest and those of the words that go with and are superimposed on them constructs an unbroken line in time.

Something that seems absurd, in reality, if you think about it. I mean, it seems absurd to draw an unbroken line. Like the line of my path in the forest, loaded down with camera, smells and memories, without being able to get out of the circle.

It is art that allows us to perform pirouettes of this kind in our lives, because art always looks at and shows things that are not seen.

Art brings us closer to the invisible. Perhaps because it always clothes itself in its own nakedness. Clothed in smells and memory, it makes it possible for a moment for us to feel we are bathing once again in what, in fact, happened a long time ago.