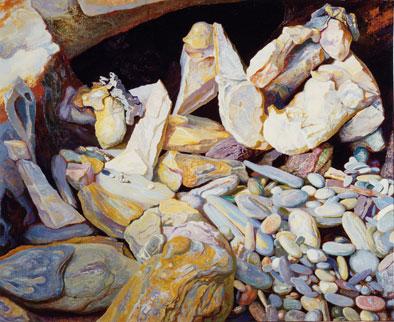 Mythological or allegorical beings make numerous appearances in my paintings, and other times I like to speculate (in the artistic expressive sense) with the ideas of night, silence, stillness or quiescence or struggle and even fighting and breaking up ————–

In the work owned by Mr Ventós, which I titled at the time Voluptas and Night, well you can project other intentions that are in no way foreign to the reality of my feeling when I made it …—————–
Silence, (smell of the SEA), fragrance of sea rock — metaphysical perfume!
… I paint by the sea…. how fortunate I am….!!