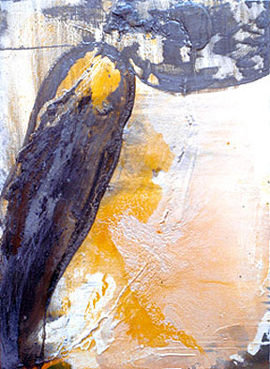 As the alchemist walks to his laboratory he ruminates in his mind that the
same four elements as always are waiting for him on his table and that after
a long day¹s work with them he will close the door, without have found the
fifth element.
He did this every day for many years.

With the passage of time his laboratory had acquired a particular smell,
that thick and macerated smell, compendium of the manipulation of all the
materials, substances and elements with which he worked.

Even out of the laboratory he recognized from time to time that familiar
smell that may have come from his memory, perhaps, or from some other
alchemist who had got together with other colleagues in the same
neighbourhood. All the things that came out of his laboratory also carried
that smell.

What he never realized was that the fifth element, which down through the
years had filled the entire space of his laboratory, was the substance he
allowed to escape each morning when he opened the door to start a new
working day.