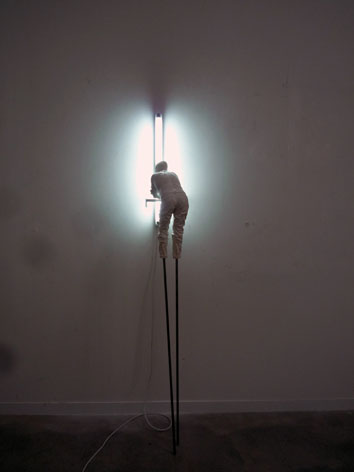 It couldn’t have been any other way, on account of the seriousness of the facts; not Ernst, the perfumer, but Hans, the man in the yellow jacket, twisted his nose in a clockwise direction and squeezed it as if it were a lemon, hardly understanding the complexity of the situation.

What does light smell of? He wondered. And that idea hammered, again and again, in his brain, mauled by circumstances.

Ernst, this time, concealed his discomfort because he knew that light smells only of the thoughts that the eye can catch and that darkness can lie but it doesn’t smell of anything. Or so he believed.

As is well known, flies can smell light, because they, the flies, are able to decode and process the electrical signals, which are interpreted by some ganglion in their little brains. Smell, for a fly—not for Hans, the man in the yellow jacket—is the result of a polarization of its olfactory neurons, which depends in turn on the detection of a volatile molecule by a certain receptor on its membranes.

Perplexed, but not surprised, Ernst, perfumer, decided, as if he were a fly, to try the test with the new electronic nose he had just had implanted in a clinic in Houston.

It was then—the evening was already caressing the skin of the nigh—that what shouldn’t have happened happened: Ernst sneezed in front of a very powerful fluorescent light, without closing his eyes, which, as it usually does, left him blinded for a few moments.

Hans laughed, with his eyes shut tight for fear that laughing could also turn his head into that of a fly.

Obviously, that did not happen, which confirms the famous theory of Dr Fritz of the Massachusetts Institute of Technology that as yet there is no sufficiently strong scientific basis for linking smell with laughing and sneezing, while there is, albeit not yet highly developed, with light. 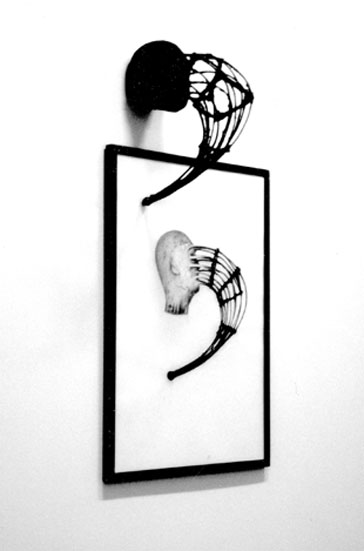 Inevitably, having assumed the insubordination of affect, Professor Ernst-Rudolph Mayer of Princeton University declared, almost without blinking, that the human visage was, beyond all doubt, the face of unfulfilled desire. The silence in the auditorium was deafening. No one, not even the boldest, dared to open his mouth, or even to blink.

The silence duly turned time to stone and embalmed the succession of moments. The words uttered by Professor Ernst-Rudolph Mayer of Princeton University had completely pervaded the place and drilled so deeply into the auditory systems of the audience that the paralysis was total.