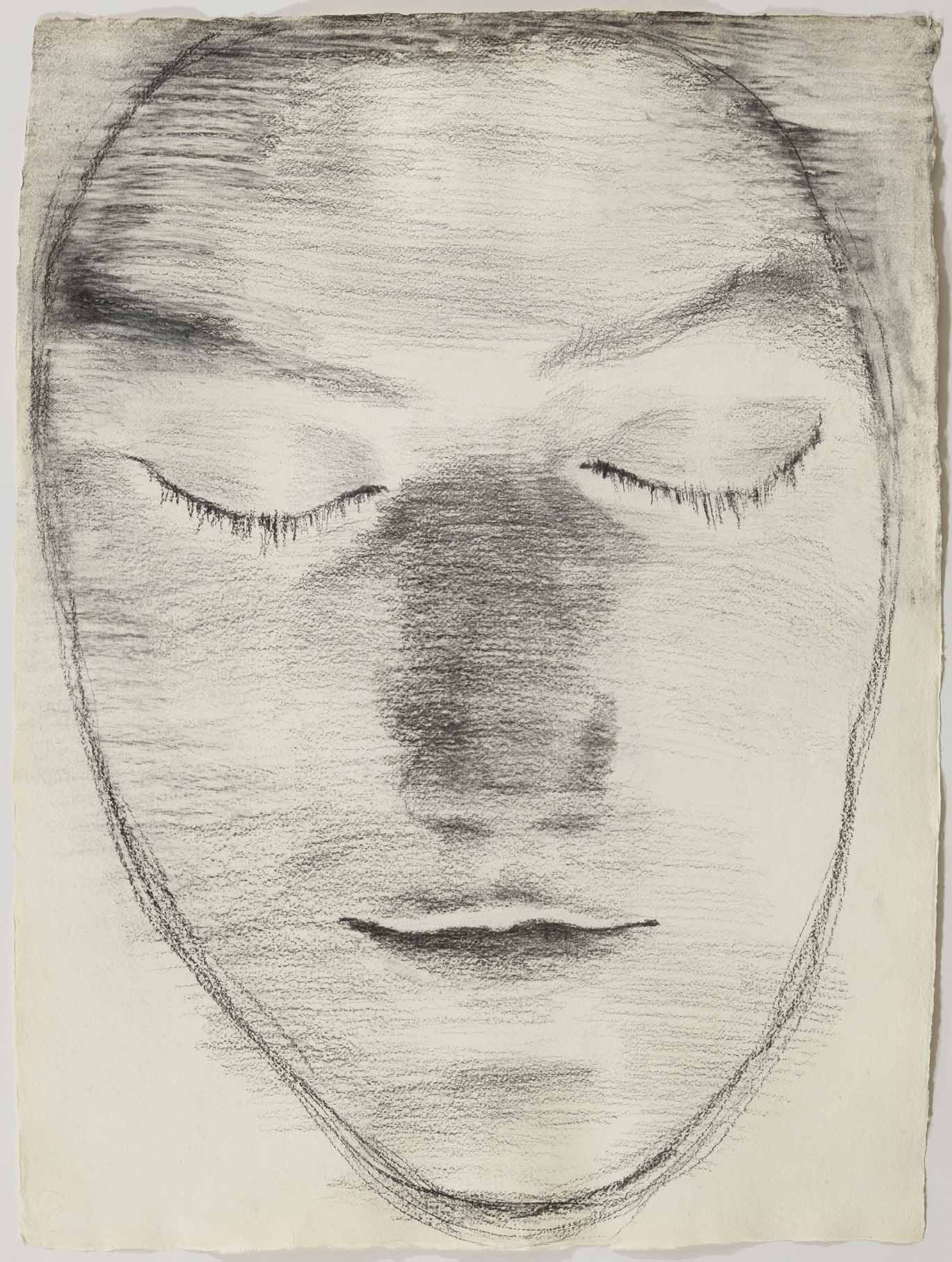 A drawing on a 56 x 76.5 cm sheet of paper rough enough for the friction of the charcoal on its surface to leave a subtle, discontinuous line. The image depicts a head resting on one of its sides, which at first suggests the idea of a mask, perhaps because of the way the face is encircled and because of the tension that the composition generates, occupying the paper almost to the very edges.

The face has its eyes closed, as if it were sleeping, with a mood of peacefulness, a sensation reinforced by the title in French, Rêve (dream). The title is accompanied by the letters R.H., a reference to the photograph with the same title that Raoul Hausmann made in 1930.

I don’t know why this image of a resting head with eyes closed is so recurrent in my work. I suppose it has something to do with the suspension of consciousness and of the senses. But no image is ever unambiguous; rather, it brings together multiple meanings and associations. Probably due to the gesture that describes the face, the sense that Rêve suggests is that of smell, perhaps because the other senses are annulled: there is neither sight nor sound (the face has no ears and the mouth is closed).

Isn’t it also the case that when we want to smell something we make a similar gesture and try to annul the other senses in order to enhance and concentrate on the sense we are using?